U is for An Uber-Cool driver 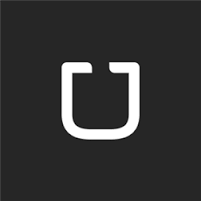 Or, uber commingles with an adjective to create uber-rich or uber-cool.

“‘I like to consider myself part of the new wave of couturiers,’ explains the Nashville-born Talbot from his atelier just off the city’s uber-chic Maximilianstrasse.”—Vanity Fair, 1992

Now we have a standalone noun in a black rectangle, without an umlaut, that we look for on the windshield or hanging from the mirror of a sleek, new model car.

Which is why my wife Amory and I and two friends, Peggy and Victoria, were standing in front of the Hotel Vetiver in Queens at the end of a five-day New York City vacation. We wanted to get to Penn Station and our train to New Jersey without navigating subway stairs in the rain.

Curbside, a shiny, black Nissan appeared and out popped Steve, a tall, handsome man with dreadlocks, a winning smile, and ready hands for holding doors and fitting suitcases in his car.

Conversation was easy. We found out he drives for three companies—Juno, Lyfft, and Uber. “You’ve gotta work twelve-hour days or it isn’t worth it. First, you have to buy an $800 license. Then you have to buy insurance on top of your regular insurance which can be $3000-$5000. So you gotta work long hours. I drink a lot of coffee. But, I love driving.”

“Have you lived anywhere else?”

“Oh, everywhere. In Atlanta the longest, three years, but I’m a New Yorker.”

And now, I thought, there’s a New Yorker in the White House. I wonder how I can find out what he thinks about that.

“What was it like in New York when Trump was elected” I ventured.

Steve paused. I worried.”I just sat back and laughed,” he said. “The Ringling Brothers Circus closed and all the clowns were going to Washington. We’ve elected a shock jock. There’s no difference between him and Howard Stern. Except for money.”

“I just sat back and laughed,” he said. “The Ringling Brothers Circus closed and all the clowns were going to Washington. We’ve elected a shock jock. There’s no difference between him and Howard Stern. Except for money.”

I think we all relaxed, and soon, despite the bumper-to-bumper traffic, we were in front of Penn Station.

“I hate driving to New Jersey. Thanks for not making me go there,” he smiled.

We rolled ourselves out of the Nissan’s cozy confines. I pivoted and swooped up my suitcase, backpack, and some loose items belonging to my friends. I handed Steve a Starbucks card. Such a nice guy. He smiled and waved.The Altima, amidst a crush of yellow cabs and honking horns, pulled into the traffic.

“I got your stuff,” I said to my traveling companions. Blank looks. No one can do a blank look like Peggy, the only Ph.D. and scientist in the group.

For the first time, I observed what I had grabbed: a bag with protruding tissue paper, a canvas briefcase with an unfamiliar red log, and a large black leather jacket. Men’s.

I had stolen Steve’s stuff. I was going to jail. Steve would be arrested. He had to turn in his rental car the next day. Without papers.  We would miss our flight. While I stood there in a welter of emotion, Amory and Victoria, searched through Steve’s briefcase and found papers with phone numbers.

“Leave a message” wasn’t helpful. Neither was a disconnected line or an Uber helpline. t Victoria, who had made the reservation, called Uber again, accessing a series of menus, and finally got an Uber person who listened and agreed to call Steve. Uber called back. Steve hadn’t answered. Victoria handed the phone to me.

I stumbled through an explanation. “I’ll call him again for you,” the pleasant voice said, “and let you know what he wants to do.” Again he didn’t answer, but she had left him a message with my phone number.

“Could another Uber driver pick up his belongings, or could we leave it somewhere for him to get them?”I queried. “We need to catch our flight.”

“We have a Lost and Found in Hoboken.”

“I don’t even know where that is.” Exasperation crept into my voice. “Do we just call another Uber and say ‘take us to Hoboken?'”

And then, Steve called. “OmiGod,” he said after I stumbled through my story. “I’m driving without my papers. Where are you? I’ll come get them. I don’t want you to miss your flight. Wait right there on the corner.”

He switched to texting. “I’m 20 minutes away. Is that okay or should I get out my batmobile?” Then he phoned again. “I don’t want you to miss your flight. My wife works two blocks from there. She might get there before I do.”

She did, a person as friendly and happy as Steve. We hugged, Amory took a picture, Steve’s wife went back to work, and we didn’t miss our flight.