The Only Person I Know Who Owns the OED 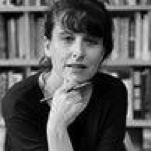 A few weeks ago I blogged about the Oxford English Dictionary and I mentioned Ara Taylor as the only person I know who owns the print version of the OED. Is there anyone else out there with sagging shelves containing all twenty volumes?

Ara was prompted to use the OED a few decades ago when she was a student at the University of Wisconsin–Stevens Point (UW-SP) and took a class from Professor Leon Lewis whom she remembers vividly:

“He looked leonine, with a full mane of long black hair, and he paced like a lion in front of his blackboard. His delivery was rapid fire, like a slightly more focused Robin Williams. He had a dreadful way of keeping our attention. He’d spin around suddenly, point directly at one of us, and spit out ‘You! Present us the etymology of the word “x” by tomorrow.'”

This technique was not well received. Half of the class dropped out. Ara stayed. She described herself as “insulted,” when he commanded her to track down the word tic-tac-toe, but off she went to the library and its copy of the OED. That was the beginning of her obsession (that’s my word, not hers, and meant as a compliment) with the OED which led her to request it for a graduation present.

She’s used the OED throughout her life “in every way possible: as fascinating reading material. I’d open to a random word, which often led me on a hunt for related words. Sometimes for hours.” Also, “to deepen my writing” and to “inspire ideas.” She’s even used volumes to fetch books that were out of reach, give height to a chair, as ballast (she didn’t say for what!), and as a leaf press.

Professor Lewis required students to have an hour-long session with him, which accounted for 25% of their grade. Here’s how Ara described her experience:

“He was sitting at his desk when I entered and abruptly asked, ‘So, how do you like me?’ ‘I don’t,’ I replied. He rose from his desk, extended his hand, and said ‘Thank God! Congratulations!'”

She reflects: “Maybe I was the only student who’d ever been honest, but from that point on we had a wonderful if feisty instructor-student relationship.It wouldn’t be a stretch to say  I loved that man.” Ara got an A in the class.

Lewis retired from UW-SP in 1994 and moved to Whidbey Island. Described in his obituary as a “charismatic teacher” and “an artist in the classroom who used provocative wit and comic improvisations to illuminate his main passions: word and language,” I think he would be pleased that he spurred one student’s life-long interest in words.