F is for Foyle’s Philavery

F is for Foyle’s and the alliterative sounding word Philavery which completes the book’s title. You won’t find philavery in the Oxford English, Webster’s Collegiate, or any other dictionary that I know of because the mother-in-law of Christopher Foyle, the author, made it up during a game of Scrabble. She constructed the word from the Greek verb phileein, ‘to love,’ and the Latin noun verbum, ‘a word.’

I had no idea what Philavery was, so here’s the definition in his book: “an idiosyncratic collection of uncommon and pleasing words.”

Foyle began collecting uncommon or unfamiliar words when he heard Norman Schwarzkopf, the US commander in the 1990 Gulf War, refer to information he deemed of no value as “bovine scatology.” Foyle knew the word bovine, which refers to cows, but needed a dictionary to understand scatology which, naturally, made it into his 2007 compendium:

For the third category, the OED, always my standard, simply (and amusingly) uses the words “filthy language.” It’s a bit ironic that a linguistically proper person like me would focus my last blog on the f-word and now this column begins with excrement. Time to move on!

To discover “uncommon and pleasing words,” Foyle reads six newspapers a day. He’s a Brit, so five of them are what he calls “British broadsheets.” The sixth is the International Herald Tribune. He also reads The Spectator and The Economist, plus publications representative of his diverse interests: archeology, history, travel, aviation, genealogy, parapsychology, genealogy, and ancient civilization.

Since today’s alphabet letter is F, I’m listing some of Foyle’s F-words  🙂 which I find uncommon and pleasing.

If you’ve been to London, the name Foyle might trigger recognition. Christopher Foyle worked as a teenager in the Charing Cross Road bookstore managed by his father Richard and started by his grandfather William Foyle in 1903. Christopher stepped away from the family business to travel and establish a cargo airline. Meanwhile, his Aunt Christina took over the business, then turned it over to Christopher six days before she died. in 1999 Read the store’s fascinating history here.

Foyle concludes the introduction to his book like this: “It is satisfying to be following in the footsteps of earlier generations of Foyles, but it has one drawback––easy access to so many books has swelled the piles of books, and subsequent philavery-bound cuttings around my house and office to almost unmanageable proportions! I hope you will find the journey around the words listed here as fascinating, intriguing and inspiring as I have.”

My thanks go to my long-time friend Wendy McHenry, herself a former bookstore owner and a philaverer, for sending it to me. 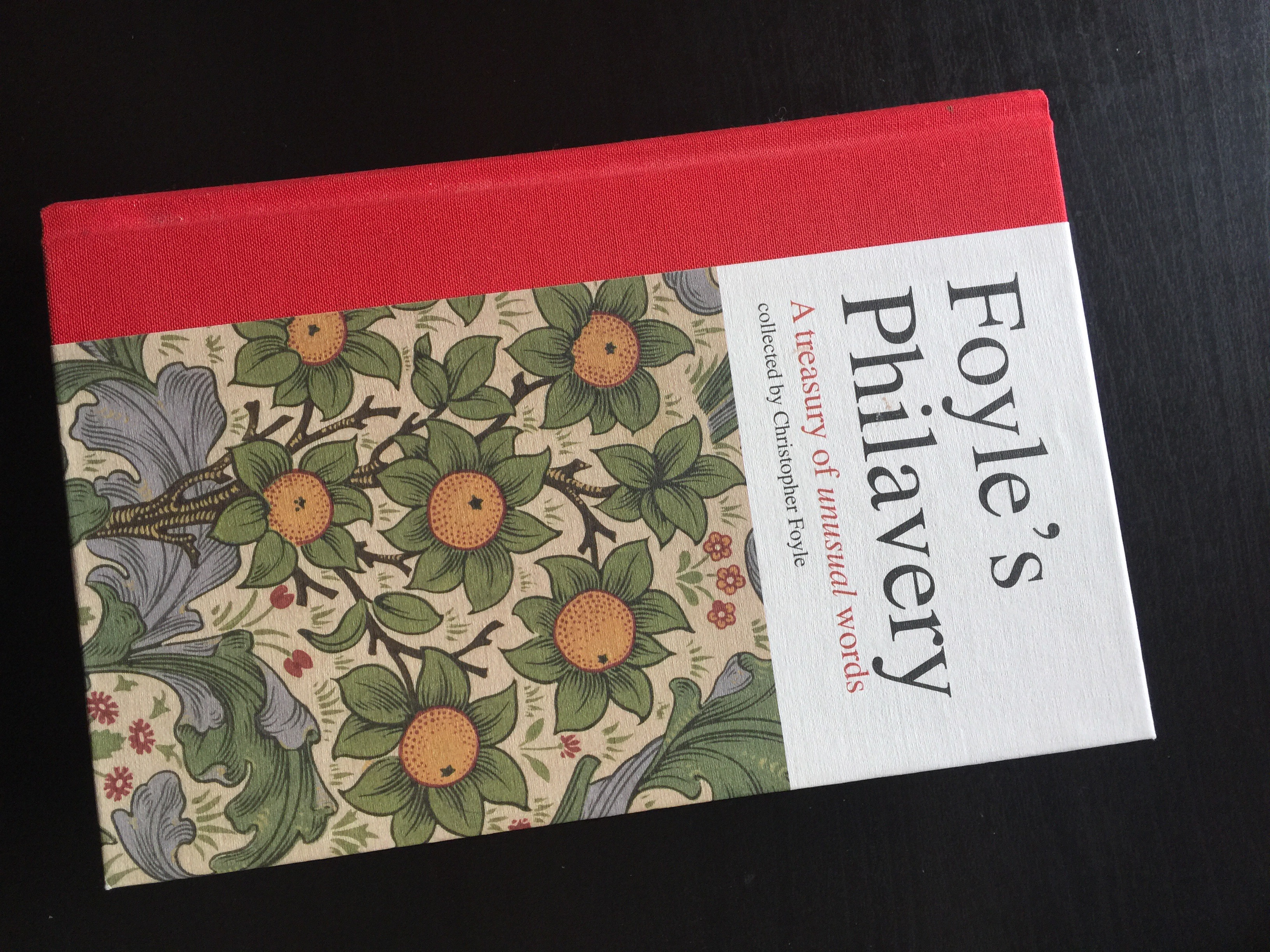