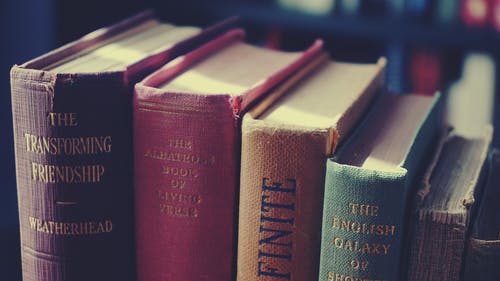 Punching “ghostwriting” into Britannica.com brings up “forgery.” Britannica does not include a separate article distinguishing the genre from counterfeiters of art, literature, etc. The Oxford English Dictionary defines a ghostwriter as “Originally a hack writer who does work for which another person takes the credit.”

Tony Schwartz, the writer behind Donald Trump’s The Art of the Deal (1985) said, “Being a ghostwriter was hack work.” He was a young writer then with a pregnant wife and a mortgage. He did it for money—half the $500,000 advance and half the royalties. Years later, Schwartz acknowledged a “deep sense of remorse,” admitting he “put lipstick on a pig.” Ed Kosner, former editor and publisher of New York, had stronger words for his colleague at the magazine: “Tony created Trump. He’s Dr. Frankenstein.”

Ghostwriting’s history includes Sinclair Lewis who, as a new Yale graduate, sold literary plots to Jack London and penned Tennis as I Play It for a U.S. national champion.  Katherine Anne Porter, a Pulitzer prize winner, wrote My Chinese Marriage for Mae Franking, a 17-year-old Irish-Scottish girl who met a 19-year-old Chinese student in high school.

John F. Kennedy’s speechwriter Ted Sorenson penned the then-senator’s Profiles in Courage for which JFK won the Pulitzer Prize. Two dozen ghosts wrote Ronald Reagan’s An American Life. “I hear it’s a terrific book!” Reagan said to a group of reporters. “One of these days I’m going to read it myself.”

Ghostwriting businesses are all over the Internet and vary in size. I found a huge company claiming hundreds of bestselling books ghostwritten for globally known public figures. And, I learned about a small shop run by a man well past middle-age—sparse hair sprayed into vertical pick-up sticks—who touted himself as “the author of your next bestseller.”

You may wonder why I’ve spent almost three hundred words and you’ve spent fifty-five seconds reading about a topic I’ve cast in a questionable light. A few months ago, my son told me, with excitement, that he was investigating an executive position with a company that produced ghostwritten books—a curriculum not included in either of my graduate degrees: an M.A. in journalism, an M.F.A. in creative writing. Who would want to study ghostwriting, anyway? I was interested in personal essays, poetry, and memoir. Ghostwriting was not my jam.

But, sometimes, a pursuit disparaged, turns into a pursuit embraced.

“Ghostwriters,” claims Scottish mystery writer Sara Sheridan, “have as much right to think of themselves as good writers as academics, poets or literary novelists.” Yes, I thought to myself, whatever I’m writing—blog or memoir, poem or paid assignment— I don’t compromise quality.

Three decades ago, I helped my older friend Ruth, describe her Maori upbringing in New Zealand. She possessed fascinating stories and basic writing skills. I added editorial polish and basic publishing skills, resulting in a small booklet for her and her family. Last year, Ruth’s twelve-year-old granddaughter, with help from her mother, found my address and wrote to ask if I had an extra copy of her grandmother’s stories. I dug out my copy and mailed it to her, imagining applause from Ruth’s perch in heaven.

Extensive online resources have increased access to genealogical records, but, like Ruth, some older people (one company tags eighty-two as the average age of their clients) are interested in doing more than filling in blanks on a family tree; they want a legacy book for their families. Remembering lovely chats with Ruth and her pleasure in the completed product, I decided to use my skills to help someone, a stranger, to tell their story.

I applied to a middle-sized company. The interview process was standard: application, resume, interview, and a test. The test included transcribing an interview and constructing a story that retained the “voice” of the interviewee—always called the “author.” I transcribed a thirty-seven-minute interview which contained the usual circumlocutions, unfamiliar place names, and curious pronunciations characteristic of everyday parlance. I pared the 3,236-word count down by one third and wrote, I hoped, a readable distillation of her story.

The process was tedious and hard! Since the individual was widely traveled, I had to sleuth out spellings and names of places in South America, Morocco, and the United Kingdom. As a librarian, I’m a pretty good detective, but I ended up with a list of ten problems I couldn’t solve. Most perplexities had to do with names: Is “ Naim” the correct spelling of the family member’s name?”  Where is the town of “Gottlering?” and what are “Crocodile nails.” I grew to enjoy the author’s cheerful, lilting voice, and her effusive laugh when telling about personal misdeeds. The rhythm of her language, the cadence of her speech stayed in my head, often as I went off to sleep.

I passed the test, signed a contract, and have an assignment. I would love to include details from the subject’s story and say, with happiness, the syllables in her name, but I can’t. I honor the unwritten ghostwriter’s code: anonymity and confidentiality.

Like the character in J. P. McEvoy’s 1928 play Show Girl, I am  “…one of them there ghostwriters doing my bit for belle lettres” and, I think, affirming the idea that there is a book in everyone.