A Writing Residency in a Matchstick Factory

When I lamented the upcoming conclusion of my low-residency creative writing program my son said “Come to New Orleans for the first ever Matchstick Factory Residency. You can write. I’ll work on sculpture. We’ll have some good food.”

Weston was a faculty member in the art department at Tulane University. He lived outside NOLA in St. Rose in a derelict wooden match factory warehouse, at one time “the largest of its kind in the world.” Delta Match Corporation opened its doors in St. Rose, Louisiana in 1952, was taken over in 1970 by TransMatch, and closed down in the 1980s.

For $650 a month, utilities included, Weston got the space he’d always wanted. The video he posted revealed five thick-walled rooms cleaned and re-organized into a workshop, gallery, living space, photo studio, and bathroom. Not that the place was gentrified: it had an improvised kitchen containing a hot plate, bucket under the sink, and multiple not-quite-up-to-code electrical connections; the stained industrial toilet resided in a makeshift stall next to a gerry-rigged, open shower, operated by an elevated faucet connected to six feet of hoses and a heating element. The shower floor consisted of a slatted wood platform. The walls were decorated with driftwood. 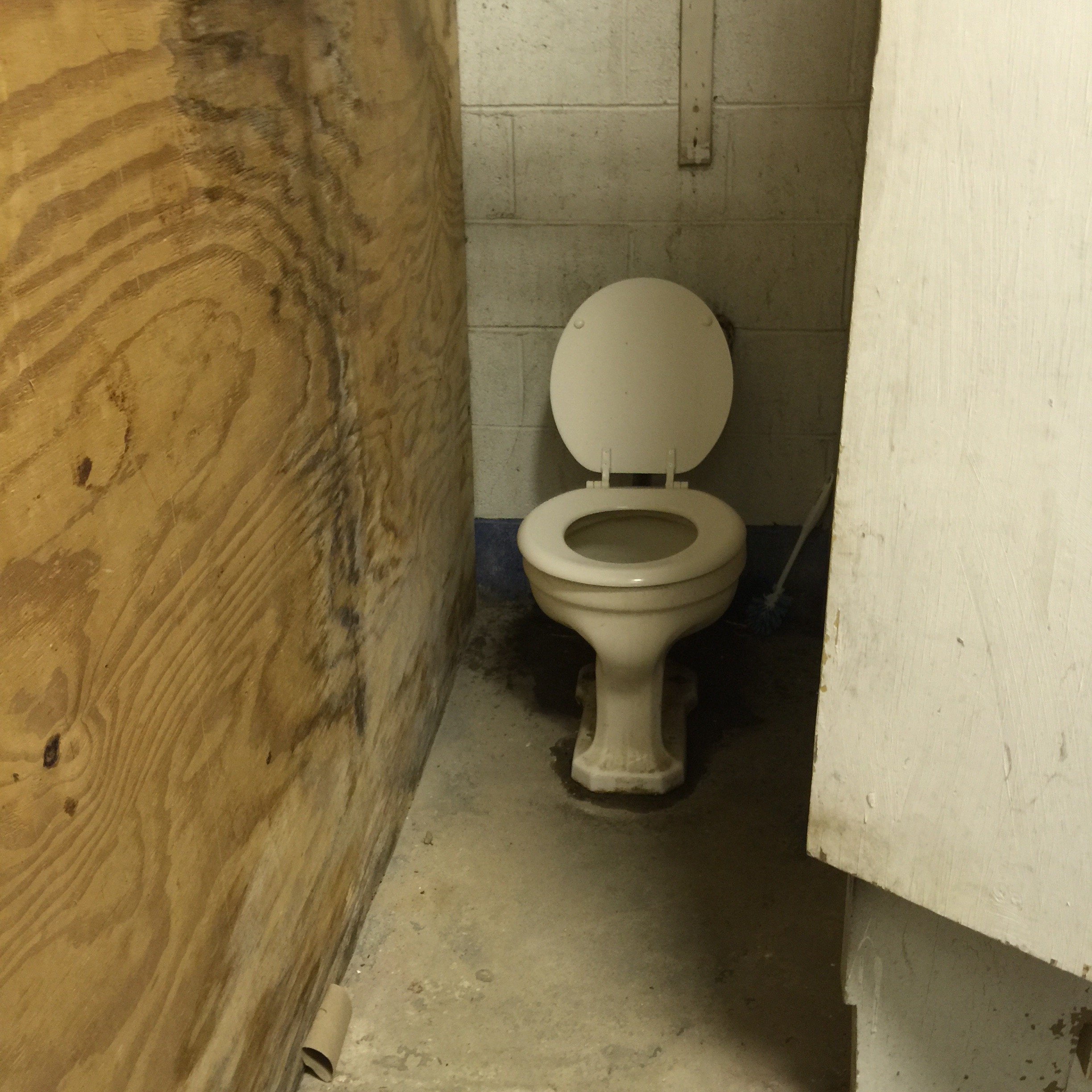 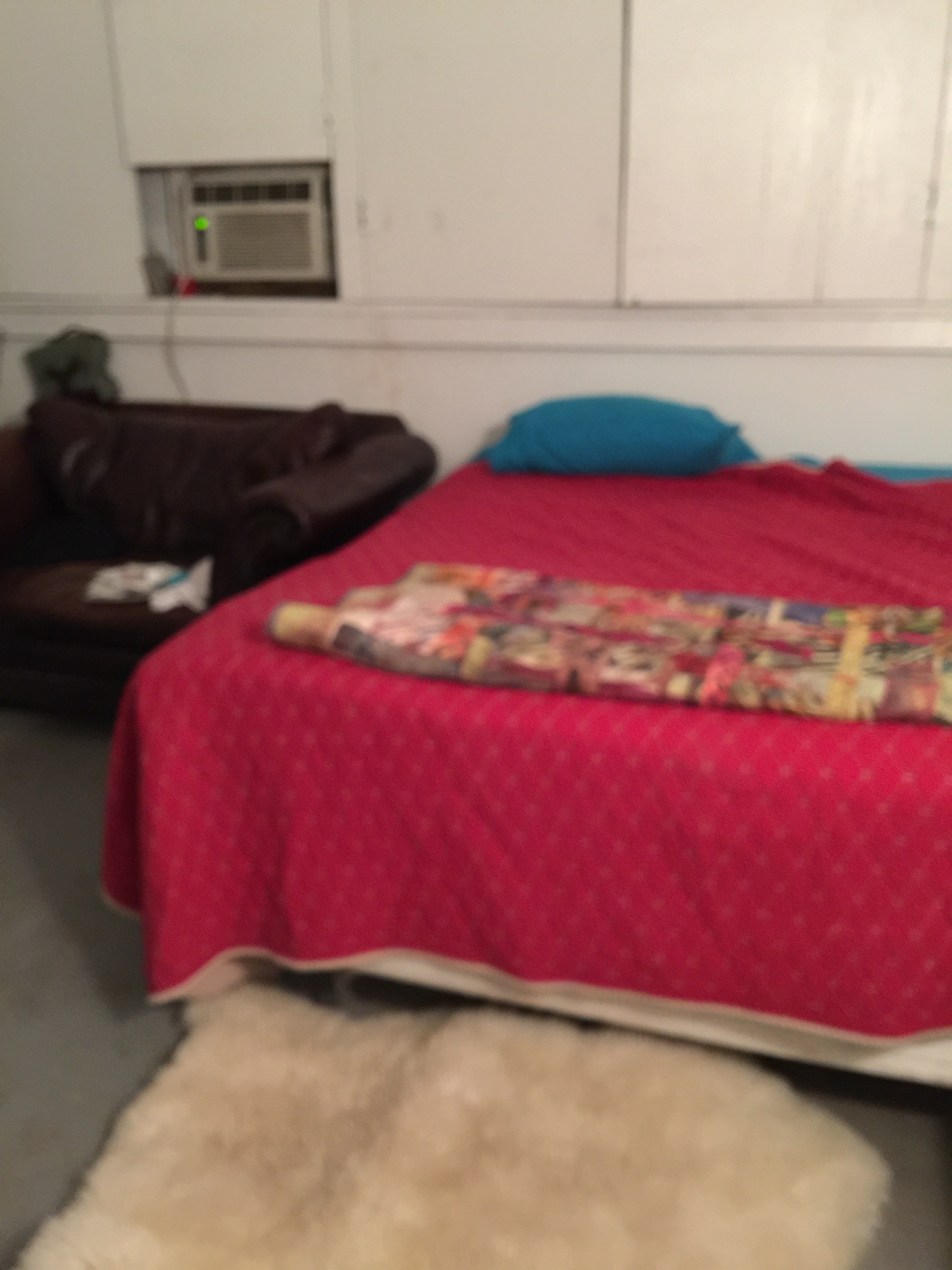 Without hesitation, I said yes. Air conditioning in the living area, a good bed, compelling projects, and five days with my son was persuasion aplenty.

A few weeks later he collected me at the airport in his pick-up. We banged through the rutted streets of New Orleans, aggressively speeding and passing other cars. “This is how people drive in New Orleans, Mom,” he said.

Twenty minutes later we entered a wide, gated parking lot across from the banks of the Mississippi. A faded For Sale sign advertised eight acres of commercial property, the acreage that i

ncluded Weston’s warehouse. He punched in numbers and the gate rolled closed as we maneuvered fifty feet forward toward the damp, weed-trampled entrance. The entrance, fortified by a heavy door, had proved an insufficient barricade for the heavy rain during hurricane season. Water penetrated the main living area to a one-inch level. Hurricane season was over but moisture still oozed into the warehouse. The landlord had said, “The tenant is responsible for drying out the floors.” Weston, motivated by soggy clothes and a ruined printer during the first rainstorm, wedged his possessions onto elevated shelves and purchased a pump. 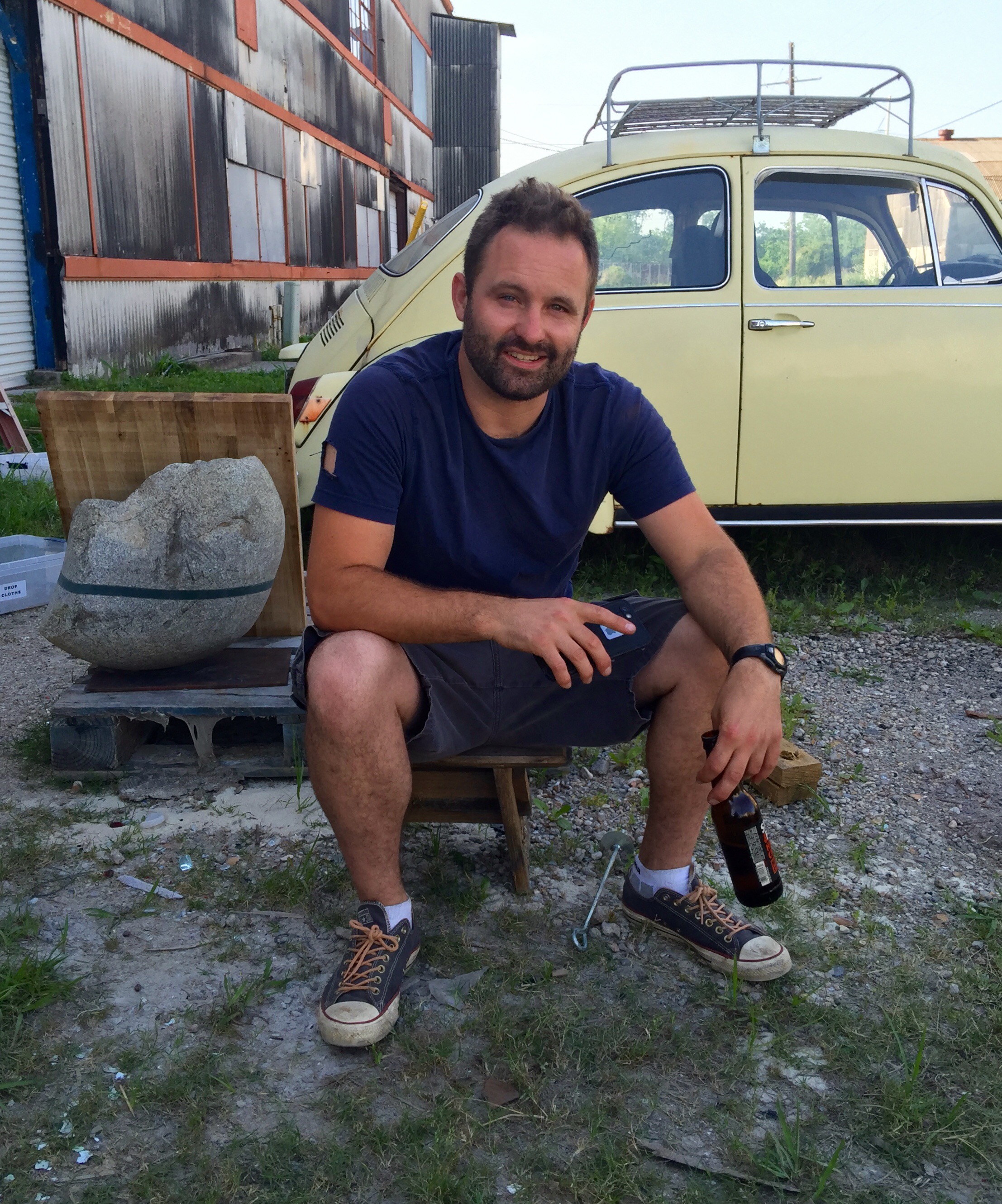 The place was Weston’s and he loved it. He built enormous shutters for the tall windows, painted everything white up to the tall ceilings, crafted an outdoor hot tub and constructed a fire pit. The noble Volkswagen bug (1971) that transported him from the Northwest to the South six years earlier—an adventure shared with his brother Jon—was parked in the front.

More than twenty-five years ago, as a preschooler, Weston had regularly hauled out his sleeping bag, placed it next to the heating vent under my desk adjacent to the kitchen, and slept, lulled by the electronic rhythm of my red IBM Selectric typewriter.

Now that I was in his space, my command post was a seasoned pleather chair with a board stamped “Bullseye Glass” laid across the chair’s arms to simulate a desk. My Mac maintained an easy balance atop it. Weston either stretched out, sketch book in hand, on a Coleman cot, or spent time in his workshop, surrounded by the categorized shelves of saws, grinders, assorted hand tools, and stacks of stored raw materials for his sculptures—glass, stone, and wood––all at hand. On the two days that he taught and tended the studios at Tulane, I accompanied him and worked in his office or the capacious Tulane Library.

Mornings we indulged in cheap eats at the famous Waffle House. Evenings he prepared meals in a Dutch oven—tasty fish stew––over an outside fire. Once we scarffed up crayfish heaped upon large circular platters at the self-described “low-key neighborhood seafood joint” called Harbor Seafood and Oyster Bar.

I completed the last draft of my thesis, Her Name is Quintana Roo, two weeks before it was due, with time enough to revise, proofread, print, and send it in for digitization and binding. Weston finished pieces for an upcoming gallery show. We researched announcements of competitions for community art and studied applicatio

ns for residencies for artists. We posted six months of goals on large monthly calendar sheets. We discussed the quote, unattributed, that he had taped to the wall–more applicable to me, 4o years older than he. We meditated, strolled the banks of the Mississippi, and talked late into the night about David Foster Wallace, Richard Branson, and Thich Nhat Hanh.

We declared the Residency a success for both of us. “Write your name on the door,” Weston said. I Sharpie-scrawled my name and the duration of the First Matchstick Residency on the backside of the door labeled Water Heater Room. Behind it was Weston’s living space area, where the dripping faucet and faulty wiring hadn’t jeopardized our creativity at all.