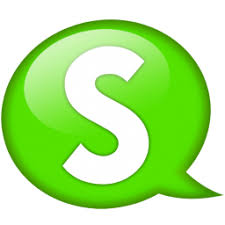 On Monday morning, April 3rd, the day my brother-in-law died, I was scanning through our word book collection and came upon two copies of the The Superior Person’s Book of Words by Peter Bowler.

I extracted the one inscribed by Corinne Hayak, a LaConner Regional Library board member. Corinne was chair of the board that took a chance on hiring me, a recent but older and inexperienced library school graduate, as their first library director with a professional credential. I so appreciated their leap of faith and continuing support, not to mention the carefully calligraphed message on the book: October 26, 1999 [a few months after my appointment] “To celebrate the English language and your fun with words.”

Until I looked, I’d forgotten that the second copy was a birthday gift from my jokester brother-in-law, Kent Lambert. The $9.95 price was scratched out and $49.95 was penciled in. On the flyleaf he wrote, “Happy Birthday to my favorite Washington sister-in-law! Kent. January 3, 1988.” Never mind, that I was his only sister-in-law in Washington.

I remember the moment I first saw Kent. I was a junior at Mt. Whitney High in Visalia, California and he was a freshman. He was standing at the open door of his K building locker, a few feet away from me. He didn’t look up. One of my friends whispered, “That’s Kent Lambert, Mark’s little brother.” He was tall, thin-faced, and, I soon learned, very shy.

Many years later after his brother Mark and I were married, he came to our apartment in Beverly Hills. Just as tall, not quite so thin-faced, and much more confident in his Air Force uniform. He leaned down to give me a hug. “Hi, Sis.” he said. Those two words made me tear up: an only child, no one had ever called me Sis. Then there was the Spring evening he rang the doorbell of our Birchwood Street house. There on our porch stood a man saddened by the probability of divorce.

The following December he again stood on our porch, holding  Care Bears for each of our three daughters. On Christmas during another year—I can’t remember which—he came with another present. He’d been commercial fishing and his summer adventure had been successful. He bought us our first VCR. In time, he regrouped from his first marriage and married again.

When I divorced his brother and remarried, Kent and I were still friends. His wedding present to Amory and me was the perfect gift: a home inspection. Kent was the first home inspector in our county. It was said that if you were buying a house, you wanted Kent Lambert. If you were selling a house, you didn’t want Kent Lambert. Fortunately, we were buyers. He provided a thorough inspection, resulting in several thousand dollars worth of improvements paid for the seller.

Nine days before he died, at his request, he and his wife Ramona, held a Living Wake. I’m not sure how many friends and family were there. The living room was cleared of furniture, prepared with microphones and lots of chairs. When Kent came in, he looked around the room, and started counting how many of us had come. Vintage Kent. We all laughed.

A beautiful and jubilant spirit prevailed. Norman, the oldest brother who had already lost his brother Mark, spoke as did both of Kent’s children, Matthew and Alexa. His oldest grandson, Samuel, read a poem. Matt’s wife Kay put together a video collage of photos. When Ramona said it would be made available to everyone free, Kent quipped “They should pay.”

I won’t leave this remembrance without a funny word from the book he gave me, succedaneum, n.

A substitute, resorted to when the real thing is not available. Normally an object (as, for instance, a baby’s pacifier); but may be used of persons (as, for instance, by Walpole: ’In lieu of men, you will have a charming succedaneum Lady Harriet Stanhope.’

I do not know (but will find out for another blog) who Lady Harriet Stanhope was, but I do know that Kent would laugh at the word succedaneum and I know there is no succedaneum for Kent Lambert, a superior person.

I will miss him.