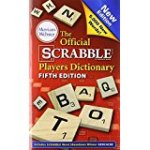 One night when my wife and I were propped up in bed, playing Words with Friends™, the online version of Scrabble™, I found that the seven letters in my hand, ALRTMEB, spelled my married surname: Lambert.

I’ve always thought proper names were not allowed in Scrabble, although I have stumbled on a few like joe and barb and drew, but lambert?! Check out this OED definition: Lambert: a unit of luminance equal to one lumen per square centimeter (equivalent to approximately 3180 candelas per square.

Ok, but what’s a lumen and what’s a candela? The origin of lumen is Latin, meaning light: an opening, and a candela (what a lovely sounding word!) is a unit of luminous intensity.

To further illustrate the definition of lambert, the OED, as usual, includes quotations. In 1915, P.G. Nutting wrote in Electrical World, “I prefer to speak of a brightness of so many ‘lamberts.'”

Well, you get the picture. Having produced seven Lamberts from my very own womb, I like to think of a “brightness of so many lamberts.” Never mind that Nutting was not referencing my children.

The lambert was named after Johann Heinrich Lambert (1728-1777), a Swiss German scientist, the son of a tailor, and largely self-educated in astronomy, physics, and philosophy. In addition to working on the measurement of light, he developed theories on parallel lines and on π (pi). Along with Immanuel Kant, with whom he corresponded, he was among to first to recognize that spiral nebulae are disk-shaped galaxies like the Milky Way.

And now, I have an admission to make. I would have no acquaintance with the eighteenth-century genius J.H. Lambert and the derivation and meaning of my surname if I weren’t a cheater.*  That’s right. My wife and I play Words with Friends™ on our phones. Right next to our phones, our laptops which are tuned to WEG—Win Every Game—which allows players to type in their letters and receive word choices to use. We both have the same handicap. We look up almost all the weird new words we encounter and then we use what’s left of our brains to make strategic word placements.

WEG part of my self-education. For example, besides lambert, the letters ALRTMEB, can make ambler, lamber, armlet, marble, blamer, ramble, labret, and tramel. Ambler, armlet, marble, blame, and ramble are familiar, but I had to look up labret (a labret is a lip ornament made of a small piece of shell, bone or stone), lamber (yellow amber), and tramel (a long narrow fishing net.)

I don’t anticipate using any of those words in conversation unless someone (hopefully none of my children) sports a lamber labret. Tramel might be more likely, although I never heard my former husband, who fished for a time, use the term.

P.S. Some years ago, we found out that John Lambert, the children’s great-grandfather, ran away from home and changed his name. Shortly before he died, he revealed that his real surname was Lambries. His family of origin was/is in Wisconsin. One of my sons, his wife, and their four children have changed their name to Lambries. They are still bright lights.

* Disclaimer: If I play Scrabble™ or Words with Friends™ with anyone besides Amory, I don’t use WEG. Ever.

There are 387 words that the Merriam-Webster Official Players Dictionary lists aas proper nouns and therefore used in Scrabble or Words with Friends. You can see the list of acceptable proper names here 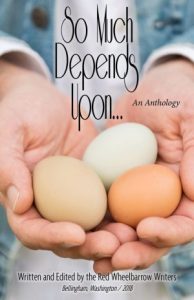 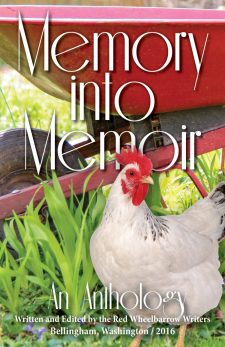